Motorcyclists are pushing House Bill 1515, which would allow “lane splitting”. That would mean a motorcycle could drive in between cars when traffic was congested.

The proposed law says that traffic as a whole must be going no more than 35 miles per hour and the motorcycle could only go 10 mph over that.

The Washington State Patrol says the idea is dangerous. That the motorcyclist would be riding in an unsafe area that was not clearly marked to drive in. The WSP adds that any motorcycle crash, no matter what the speed, always results in a serious or fatal injury.

However motorcyclists are praising the idea, saying it is actually safer for them. That it will get them out of the back of the line in heavy traffic and potentially becoming the victim of a rear end collision.

Below is an image of lane splitting from the LA Times. Lane splitting is currently legal only in the State of California. 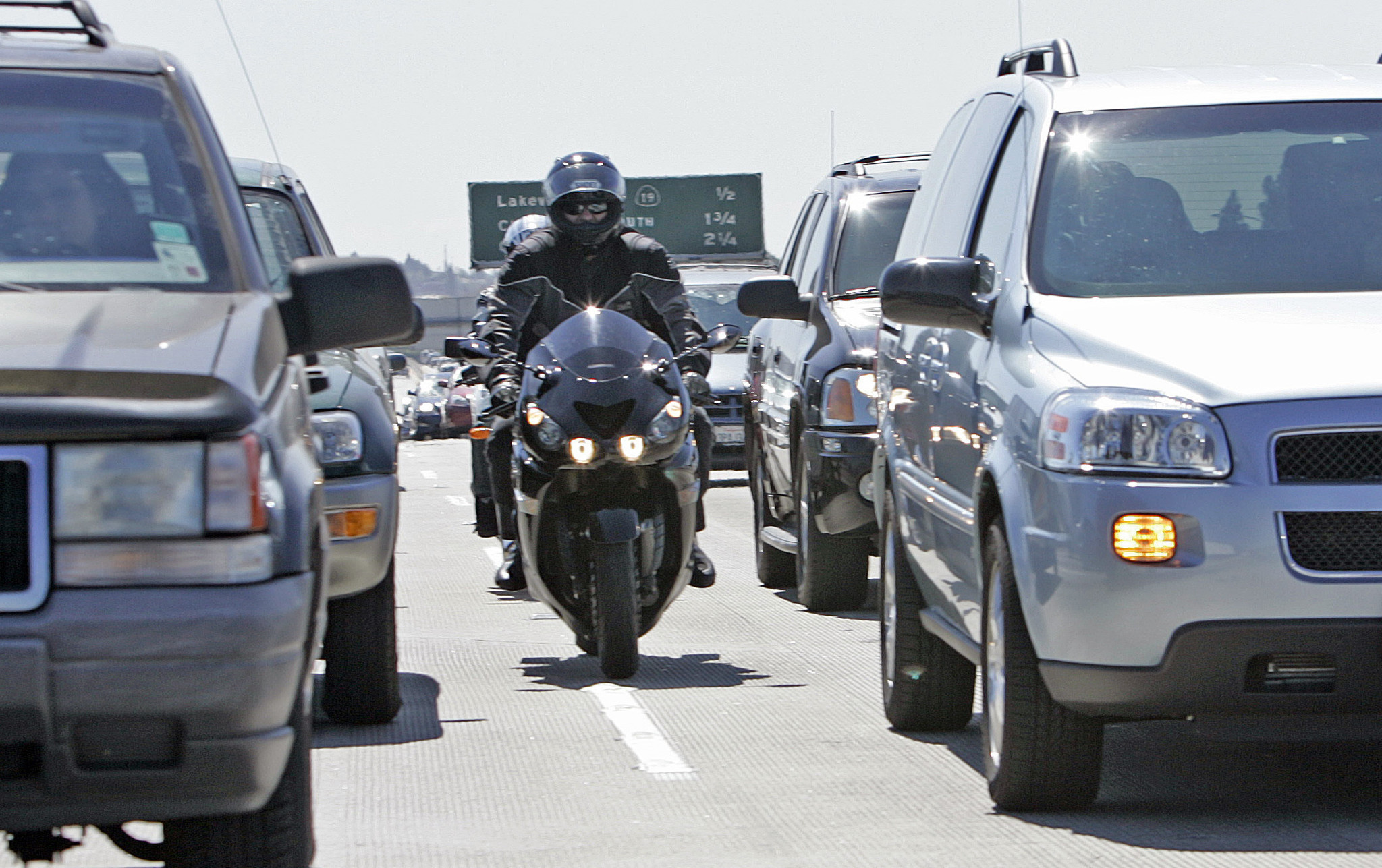