Got a traffic ticket? Maybe one you didn't deserve? Worried about much higher insurance rates? Traffic court coming up?  Get the best defense.  Hire an experienced, aggressive & affordable traffic ticket lawyer to help you fight your traffic ticket.

Lynnwood traffic ticket Attorney Paul Hanson has over 39+ years experience helping clients successfully fight their traffic tickets. He has received the highest possible lawyer ratings from the national lawyer rating services: An "AV-Preeminent" rating from Martindale-Hubble and a "10-Superb" rating from Avvo.com. Attorney Hanson is a former Lynnwood, WA City Prosecutor. He is very experienced, aggressive, affordable & conveniently located next to the Alderwood Mall in Lynnwood, WA.

ALWAYS FIGHT YOUR TRAFFIC TICKET. YOU HAVE EVERYTHING TO GAIN AND NOTHING TO LOSE.

In Washington, traffic tickets remain on your state driving record for five years. More than one ticket in three years could cost you hundreds, even thousands, of $ extra dollars in higher auto insurance premiums. Those auto insurance rate increases stay with you for many years. That's why you should always defend against any traffic ticket, even if it's only your first. Especially if you're under age 26 or over age 70. Those age groups pay the highest auto insurance $ premiums.

Get Your Traffic Ticket Dismissed Or At Least Reduced 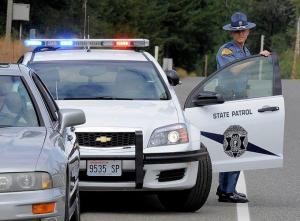 The bad news is you got a ticket ticket. The good news is there are numerous defenses available to avoid traffic ticket convictions.

Lynnwood traffic lawyer Paul Hanson can help you. Most traffic tickets can be won or reduced to non-moving violations that won't affect your insurance rates.  He'll investigate and probe the legal technicalities, looking for every possible way to get your ticket dismissed or reduced to minimize the effect on your driving record.

When you're fighting a traffic ticket, you want a traffic lawyer who knows and understands all of the traffic laws. Traffic law is unfamiliar to most people. Hire a knowledgeable traffic ticket lawyer like Lynnwood Attorney Paul Hanson to guide you through the legal system.

Whether your traffic ticket is only an infraction or a serious criminal misdemeanor, your first ticket or your fourth ticket, Lynnwood traffic ticket lawyer Paul Hanson can assist you. Being represented by a skilled traffic attorney is your best defense.  Attorney Hanson knows the court rules and can present your case in a persuasive way, usually without your presence in court. You usually don't have to miss work.

Getting five (5) moving traffic tickets in one year, six (6) in two years or twenty (20) in five years, will result in the Department of Licensing automatically imposing license suspensions for thirty days or more for "continuing offenses". If you think your license may be suspended for too many tickets, you can contact the Washington State Department of Licensing at their website: www.dol.wa.gov for more information.

Hiring a traffic lawyer does not have to be expensive.  Lynnwood Attorney Paul Hanson's fees and case costs are very reasonable, especially when you compare them to the court ticket fines plus the increased auto insurance rates for years to come. Attorney Hanson accepts payments in cash, money orders, and local personal checks for your convenience. 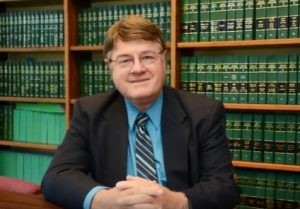 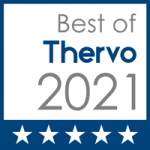