—Prosecutors will be able to file felony charges if a person gets a fourth DUI within 10 years. Under the new law, offenders would be sent to prison for 13 to 17 months, rather than serve shorter sentences in county jails.

—Courts will be allowed to issue permanent protection orders for victims of sexual assault. Currently, victims of sexual assault can only be granted a protection order for up to two years, which means they must reappear in court to repetition for a new order. Under the new law, those orders can now be made permanent. In cases where a permanent order isn’t issued, under this new measure the courts will grant a renewal of the order unless perpetrators can prove they are no longer a threat to the victim.

—Creation of a new crime of theft involving a vulnerable adult any person 18 years or older who is clearly mentally or physically unable to care for himself or herself or suffers from a cognitive impairment. The new statute ranks the crime at a higher seriousness level of theft.

—Expansion of education program for inmates. A new law authorizes the state Department of Corrections to partner with community and technical colleges to provide associate degree programs, expanding existing programs at the state’s prisons that provide basic education and job training. Priority for the programs would be given to inmates within five years of release. Those serving sentences of life without parole, or who are on death row, are ineligible.

—It will be illegal for a person to leave a dog tethered for a reckless period of time without providing him or her with adequate access to food, water and shelter. Dogs must also be placed in a safe and sanitary area that protects them from excessive heat or cold. 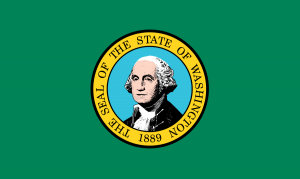