Attorney Paul Hanson was pleased to receive a Certificate of Appreciation from the Judges at the Snohomish County District Court (South Division) in Lynnwood, WA for his volunteer attorney services at the court’s annual LAW DAY events.

Now in its 31st year, Law Day was founded when several South Division court employees and Lynnwood attorney Paul Hanson decided to put on a presentation for 60 local fifth graders. Now with close to 1,000 students each year, kids from 14 different schools in Brier, Edmonds, Lynnwood and Mountlake Terrace took over the SCDC South Division Courthouse on June 2nd.

Under the direction of local volunteer attorneys and judges, the students participated in a mock trial, acting as prosecuting and defense attorneys, judges and even jurors who got to deliberate the fate of a shoplifting suspect.

Students also heard from local WSP troopers about what it’s like to be a law enforcement officer and saw a demonstration from K-9 dogs.

Students and teachers also attempted to walk a straight line while looking through special glasses (beer goggles) meant to replicate intoxication. And they were able to see first-hand the mangled remains of a car that had been in a DUI crash.

The goal of Law Day is to commemorate, educate and celebrate the U.S. legal system. Paul Hanson looks forward to putting together this even each year, he enjoys it as much as the 5th graders! 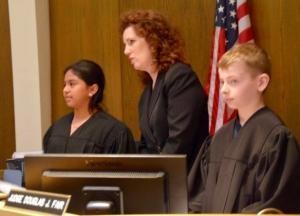 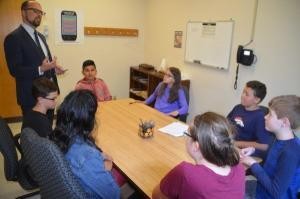 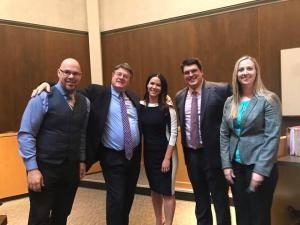